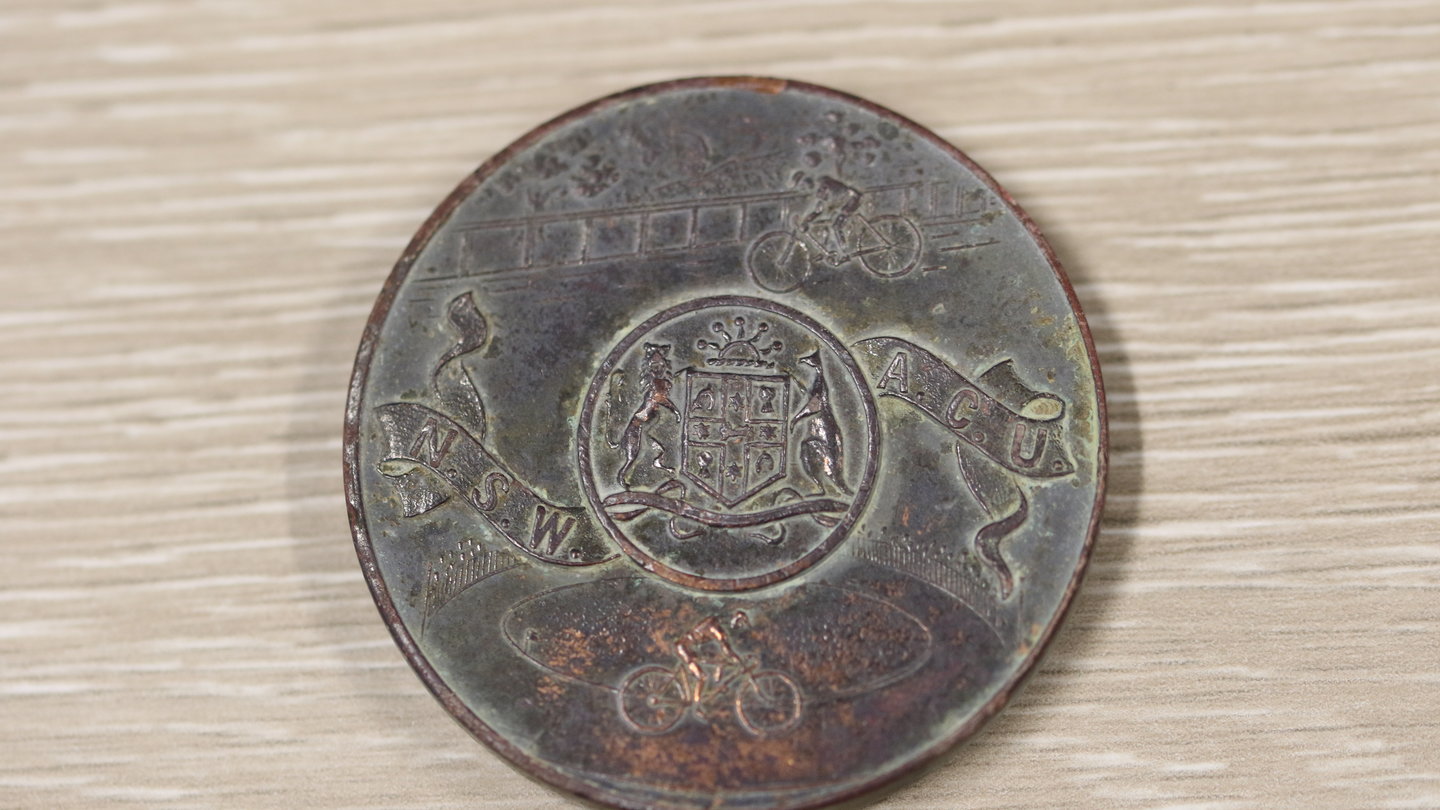 We were thrilled to discover a Bankstown Sports Cycling club medal from 1971 had been found in Landsborough, Queensland by a man who was planting a tree in his backyard.

The medal reads 1971 Junior Clubs Road Team, ‘3rd’ Bankstown Sports. The recipients on the medal are D Willmott, K Nicholls, J Smith, A Lovell and M O’Reilly. The riders are no longer actively riding with the Bankstown Sports Cycling Club, however, do still come along to some club events.

Medal finder, Ian Harby, said he was lucky to have found the medal.

“This discovery was a chance find as the tree to be planted could have been placed a few inches either side of the dig. Maybe it was meant to be found and returned to Bankstown Sports.”

Ian says he is unaware of how the medal came to be in his possession.

“I am not sure how the medal ended up in my backyard. Next year our home will reach its centenary year, so perhaps it was left here by previous owners.”

The medal has now been returned to the Bankstown Sports Cycling Club.

“All Bankstown Sports Cycling Club memorabilia is important to the club as it demonstrates to our developing riders who has walked the same path before them. It represents the significance of making the most of the opportunity in front of you.”