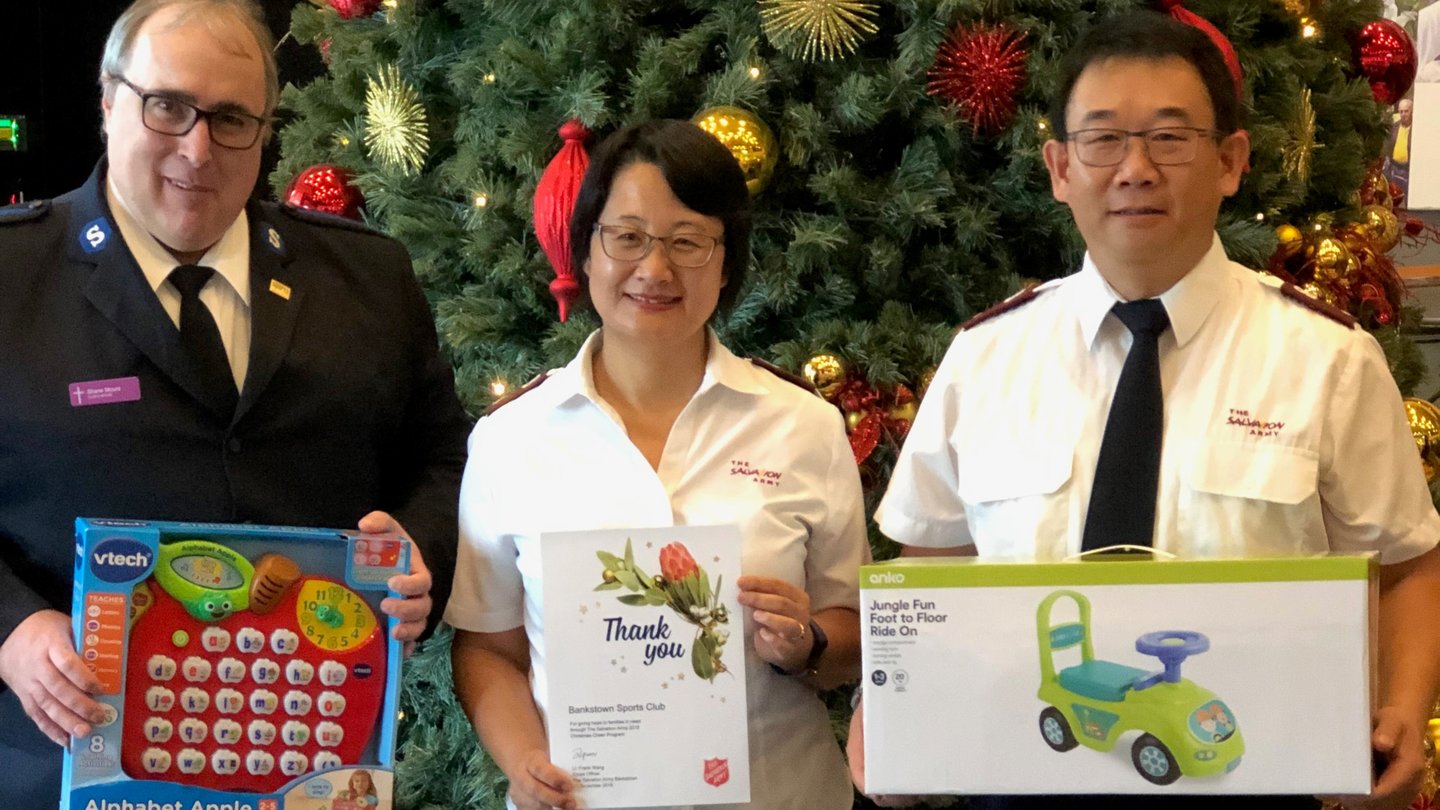 THE BANKSTOWN SPORTS GIVING TREE WAS A SUCCESS

Every year in December, the Salvation Army host food and toy drives to support families who are doing it tough. This year, Bankstown Sports teamed up with the Salvation Army Bankstown to host a ‘Giving Tree’ where customers, staff and suppliers were invited to donate a gift or food item, that will make the festive season a little brighter for families in need in the local area.

On Tuesday 20 December, Bankstown Salvation Army Pastor and Corps Officer Frank Wang, arrived at Bankstown Sports to collect the gifts and was overwhelmed by mass of toys, books and non-perishable food items which had been left under the tree.

The gifts have been collected and will be distributed to families in need before Christmas arrives.

We would like to thank everyone who contributed to the Bankstown Sports Giving Tree and supported the Salvation Army in spreading festive cheer.