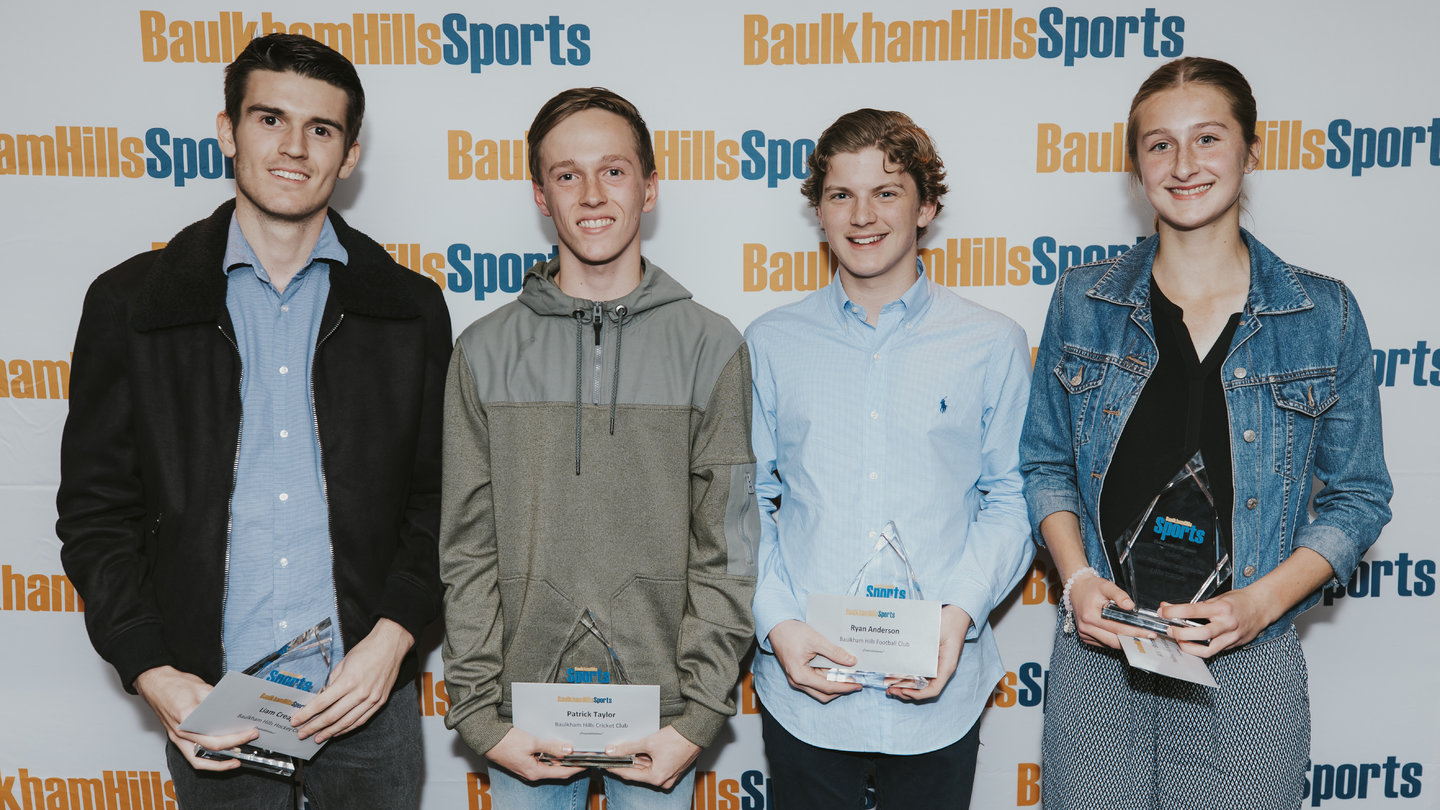 Sportsperson of the Year Awards 2018

On Friday 20 July, Baulkham Hills Sports held its annual Sportsperson of the Year Awards with a special presentation dinner at the club.

The room was maroon and gold themed and guests indulged in a three-course meal. Desert was enjoyed by all which consisted of Chocolate Fondant with Rhubarb Jam and Coconut Malibu Ice-cream and Praline Caramel Cones with Tim Tam Crumble.

Guests were treated to stories and insights which had a special message of trust and resilience from guest speaker Declan Stacey, Australian diver and 2018 Commonwealth Games bronze medalist from the New South Wales Institute of Sport.

“There have been so many memorable moments at the Baulkham Hills Cricket Club, especially winning my first grand final after 2 years of playing. I’ve also played in the ‘father-son team’ which is really enjoyable because there isn’t a lot of pressure to win.”

“It’s really special to be recognised in the club’s 99th year. The best part of the Baulkham Hills Cricket Club is the strong community feel and being surrounded by such a great group of [people]. Training with them mid-week and spending game day with them - I get the best results when I’m doing what I love out on the field with them.”

Baulkham Hills Cricket Club President, Chris Springall says that Patrick and Joshua deserved to be recognised for their contributions to the club.

“Patrick started out in the juniors 7 years ago and has continuously progress his skills as he has moved up in age groups. He is always willing to help his team mates out with the way they play the game. To Patrick, it’s not about himself, it’s about the team. I think that’s really great to see in junior players as they mature.”

“Joshua started with the club three years ago and his values really capture the club ethos, on and off the field. Josh is very well respected by his teammates, the club and opposition teams. His captain couldn’t ask for more from a player and he, his team and the club, are very proud of what Josh has achieved this season.”

“I have been with the club for 14 years and coaching the under 12s team for the past three years has definitely been my greatest achievement with the Baulkham Hills Football Club. It’s really rewarding to watch junior players grow and develop on and off the field and I am looking forward to coaching more teams in the future. Through my time with the Baulkham Hills Football Club, I have learnt that team work is the most important part of football, it’s all about respecting the volunteers, coaches, other players and the game.”

Baulkham Hills Football Club Senior Sportsperson Award winner, Keith Pierce says he volunteers his time to the club because he is happy to help out in any way he can.

“I first started played with the club in 1996 and have played for a total of 23 years. Although I’ve never won a grand final, to me, it’s a great achievement to still be playing. It’s a great honour to be holding this award tonight. I don’t volunteer my time to the club to win awards, I do it because I’m happy to help.”

“As accomplished as Ryan is on the field, it is off the field that marks the quality of this player. For many years as a young boy, he assisted with field set ups and is always pitching in willingly. He has also assisted with grading at the commencement of the season over several years and has also stepped into a coaching role, taking on the management of a Mini-roos team. He is diligent and committed to the team and has shown great positivity in his coaching style.”

“Keith volunteers a lot of his time to the Baulkham Hills Football Club. Keith referees games, takes notes at Association meetings, is an assistant coach and is always on call for any handy man tasks required at Ted Horwood Reserve.”

Baulkham Hills Netball Club Junior Sportsperson Award winner, Ashlee Shimmon says one day she would like to coach a junior team to give back to the club.

“I started playing netball at the Baulkham Hills Netball Club at the age of 5 and I love it there. I would never consider playing netball for another club. One day I would love to play netball at the highest level, I am going to keep trying my hardest and see where my potential can take me. In the coming years, I would like to coach a junior team. The club has given so much to me over the years, so I would like to be able to give back to the club.”

Baulkham Hills Netball Club President, Lorraine Everitt says Ashlee has the ability to develop into an excellent netballer and has the attributes required for a Junior Coach.

“Ashlee’s composure makes her stand out from other players, I have coached her for the past 5 years and have seen her grow and develop into a great netball player. Ashlee assists weekly with our Net Set Go Program for our 5yrs to 7yrs players. This program is their first introduction to netball and with their limited concentration skills it does take a lot of patience to enable the little girls to develop their skills. Ashlee has a very gentle manner which the girls have responded so well to. Ashlee has the ability to not only develop into an excellent netballer but also has all the attributes required for a Junior Coach.”

Congratulations to all of our award winners. Keep up the great work!