Home Blog WE GAVE AWAY A CAR!
22Feb 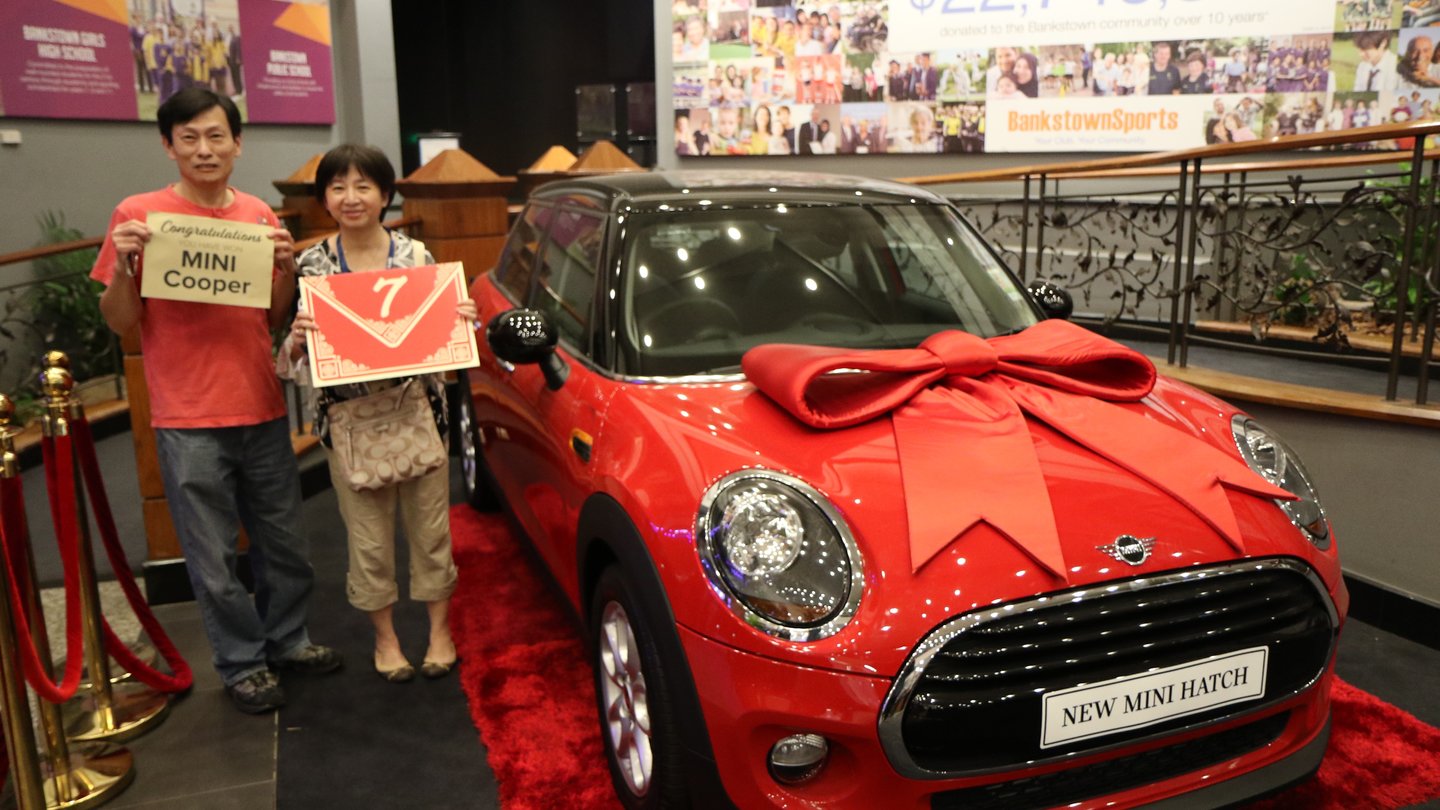 WE GAVE AWAY A CAR!

If you’ve walked through Bankstown Sports Club’s Mona Street Foyer over the past two months, you would have seen the chili red Mini Cooper 5-door hatch parked near the entrance.

Last night, one lucky member went home with that car after winning the What’s In The Lucky Red Envelope promotion!

For the past eight weeks, Bankstown Sports Club members have been swiping their membership cards to go into weekly draws to win $1,000 cash, and become a Major Draw Finalist.

At 8pm on Thursday 21 February 2019, those seven finalists gathered in the Rainforest Lounge along with three additional finalists who had won Bonus Draws in the hours leading up to the Major Draw.

Member T. Trinh selected the number 7 envelope and was delighted when she opened it to reveal she had won the Mini Cooper 5-door hatch. She says she hasn’t even thought about what she will do with the car but admits, she really likes it!

Congratulations to all of our winners.