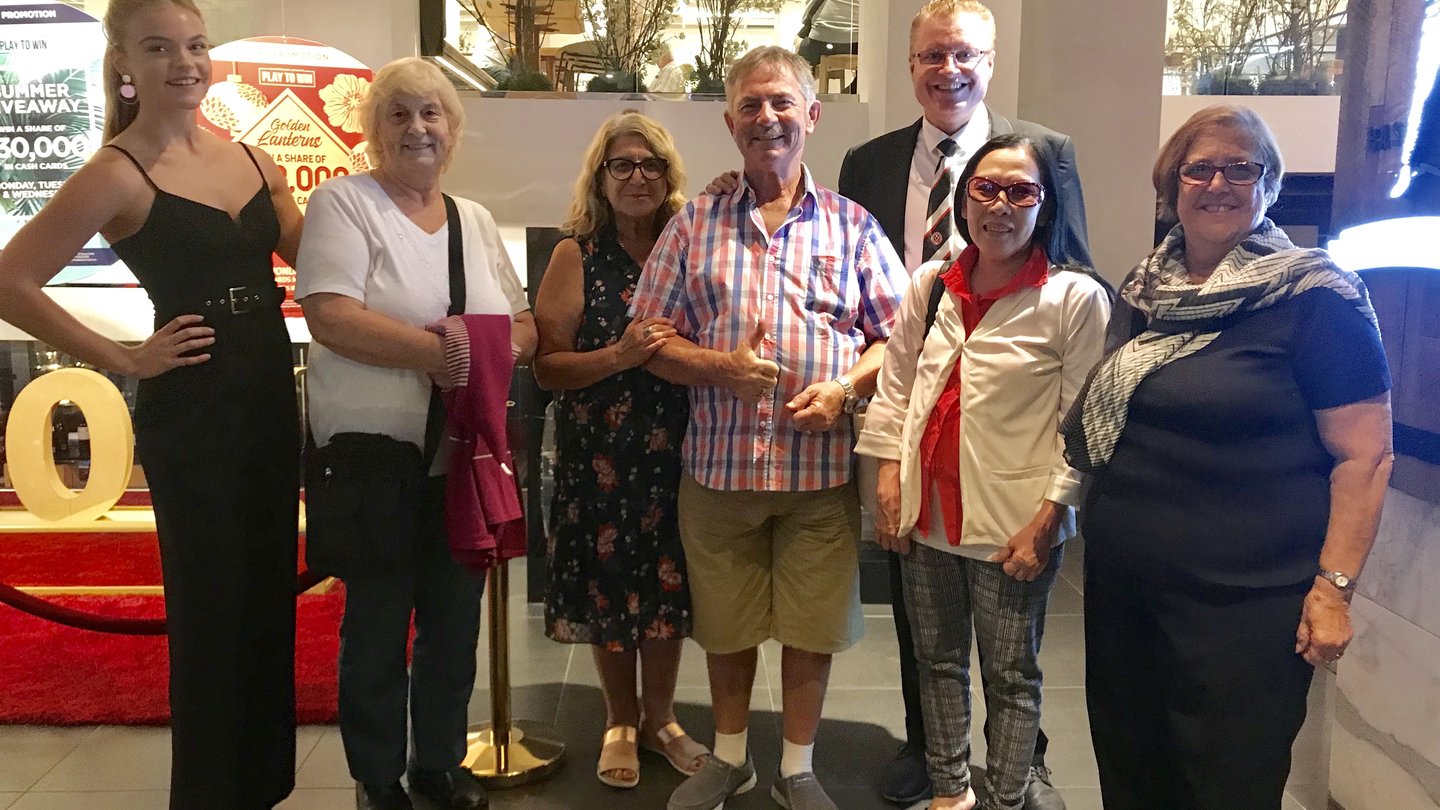 Members began swiping their cards from 5pm and then eagerly awaited the first draw at 7pm. There was no winner this time, so the jackpot rolled over to 7.30pm. We also held a $1,000 cash bonus draw which was claimed by a very excited member who couldn’t believe they’d won!

Draws continued at 7.30pm, 8pm, 8.30pm but nobody came forward to claim the prize, so everyone geared up for the final draw of the night at 9pm, where the jackpot had to go off.

Our host drew the first of four winners directly from the barrel and G. Basmadjian came forward to claim her $12,500 share. She has been a member for 14 years and had come to the club with her husband, just for the draw.

Our second winner was V. De Nuntis, who was at the club with some friends. She has been a member for 19 years and was in the Rainforest Lounge when she heard her number being called. She raced down to the promotion desk saying “I never win anything! I never win anything!”.

Our third winner was N. Huynh who has been a member for 7 years, and says she can’t wait to go on a shopping spree and pay off some bills with her prize money.

And our final winner of the night was P. Sarikakis, who was in the bistro with his wife when his number was called. He has been a member for 10 years and says he loves the club for its atmosphere. He is planning to spend his winnings on a new boat!

Congratulations to all of our winners! The Autumn member’s draw commences on Wednesday 13 March.