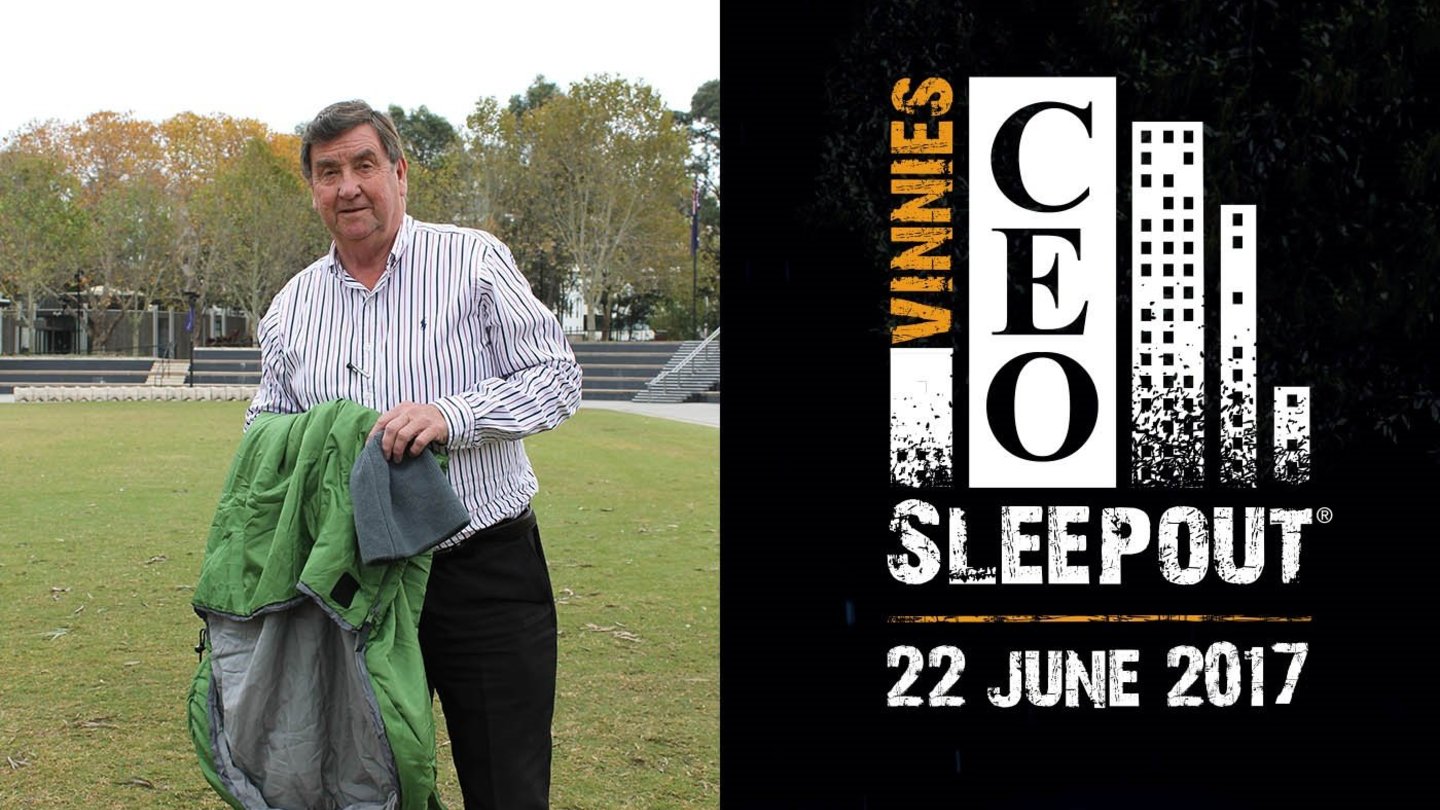 Did you know that more than 105,000 people sleep on the streets every night in Australia, often with no shelter and no warmth? The majority of these people are homeless due to family and domestic violence, or financial hardship, and most of the time it is not their choice.

The Vinnies CEO Sleepout began as a local community venture in Sydney’s Parramatta in 2006. By 2010, the event had gone national, with over 700 CEO’s in 7 cities taking part to raise $2.9 million for the homeless.

The 2017 CEO Sleepout will be held on Thursday, 22 June at the Sydney Cricket Ground and this year, the Administrator for Canterbury-Bankstown Council, Richard Colley will be braving the cold to raise money for this great cause.

In a collective show of support, Bankstown Sports, Revesby Workers and Canterbury League Club have all contributed cash donations to Richard’s fundraising efforts, and we are keen to hear how his sleepout goes!

Before entering a career in Local Government in 1995, Richard held a number of senior roles in finance and marketing at several national and international companies, including Coca-Cola, Tooheys and National Foods.

He became the Director of Service Planning and Commissioning at Bankstown City Council in 1995 before taking over as the General Manager in 1997.

In 2007, he became the Chair of the Local Government Grants Commission, before heading up a public inquiry into Shellharbour City Council, and becoming one of three Administrators appointed to Wollongong City Council.

In 2015, he was appointed by the government to carry out public inquiries into the proposed amalgamations of several councils, and in 2016 he became the administrator for the new City of Canterbury-Bankstown, the largest council in NSW.