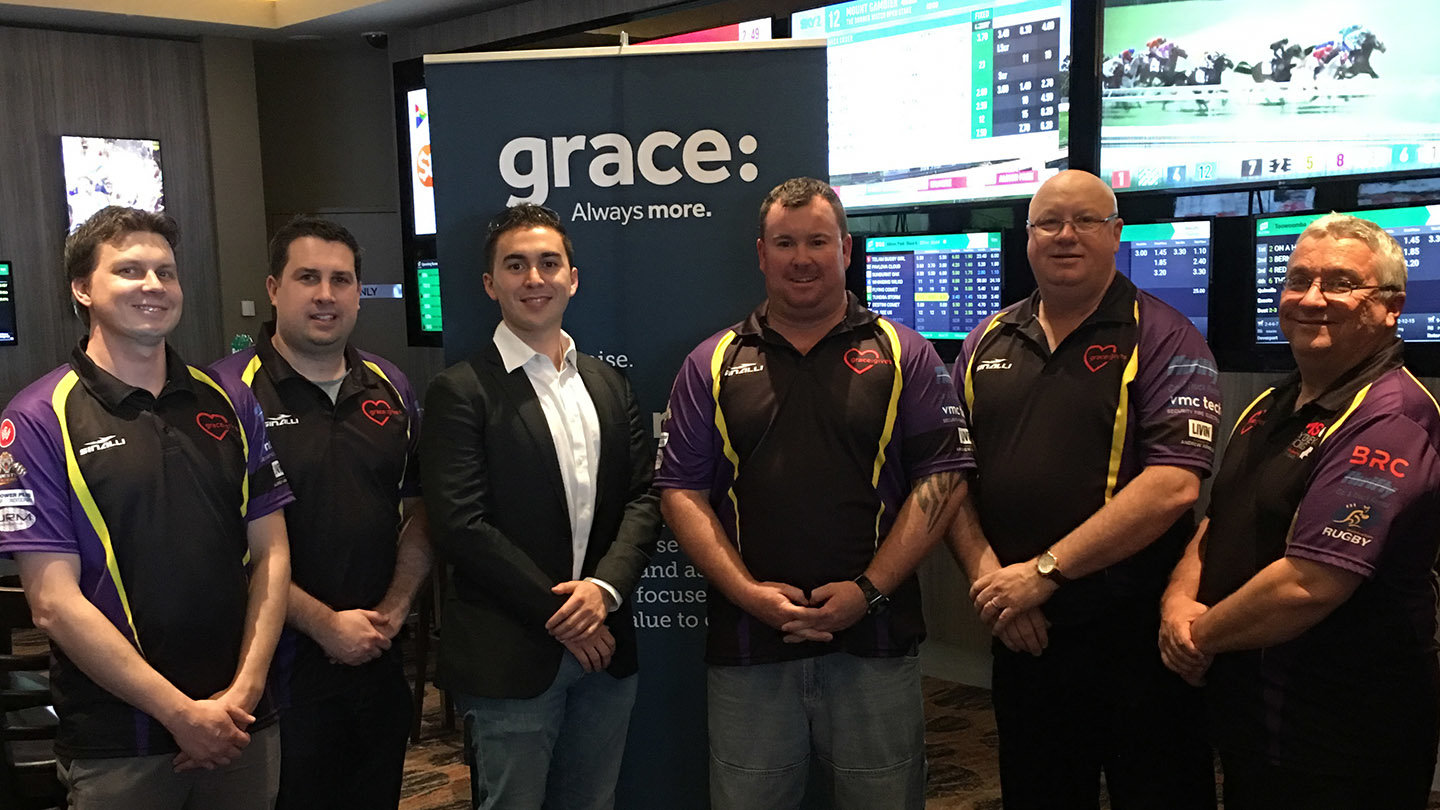 On Sunday 16 September, Baulkham Hills Sports Club held a Multiple Sclerosis fundraiser event to assist Team Grace raise money for MS. On 4 November, Team Grace will participate in the annual Sydney to the Gong bike ride alongside tens of thousands of cyclists who will hit the road to join in the legendary ride, pedaling along stunning natural backdrop, including the breathtaking Sea Cliff.

During the MS Fundraiser, attendees enjoyed a range of games such as trivia, lucky door prizes and raffles. A live auction took place where a range of sporting goods were up for grabs. A cricket bat signed by the Australian team was sold for $480 and a 2018 Wanders signed jersey went for $400.

The event proved to be highly successful raising $8,400.

Team Grace Captain, Steve Barnett, says he feels he can make a difference by getting involved in the MS Sydney to the Gong ride and fundraiser.

“This is my fifth year working with MS fundraising and participating in the Sydney to the Gong ride. I hadn’t hopped on a bike for over 30 years, but it was something I always wanted to get involved with, it was on my bucket list! Then I met someone with MS, which gave me deep insight as to what they experience daily and motivation to rise more money. I believe it is important to get involved in this event yearly. I feel like I can make a difference and believe if I get a group of people together with a common goal, we can achieve great things.”

Steve says Team Grace would not be able to achieve their goal without the support of Baulkham Hills Sports.

“Last year we raised $26,500 for MS, this year we are hoping to raise over $30,000. On behalf of Team Grace, I would like to thank Baulkham Hills Sports for allowing us to hold this event here today. We appreciate the support we receive from staff and Venue Manager, Sarah Hillhouse. Without the club’s support, I cannot image how we would be able to do this.”

During the event, mother of two, Rachael Hendry spoke about what it is like to live with MS and how she deals with it.

“I had my first MS attack at 21, however I was not diagnosed till 33. MS has taught me that I am strong. It is touching to see all these people here today raising money for MS. I am very grateful.”

You can read more about Rachael’s journey with MS on her blog which she created to help others living with the disease- https://shelbi81.wordpress.com/

If you would like to donate to the Grace Team, head to: https://www.msgongride.org.au/index.cfm?fuseaction=donate.team&TeamID=9092