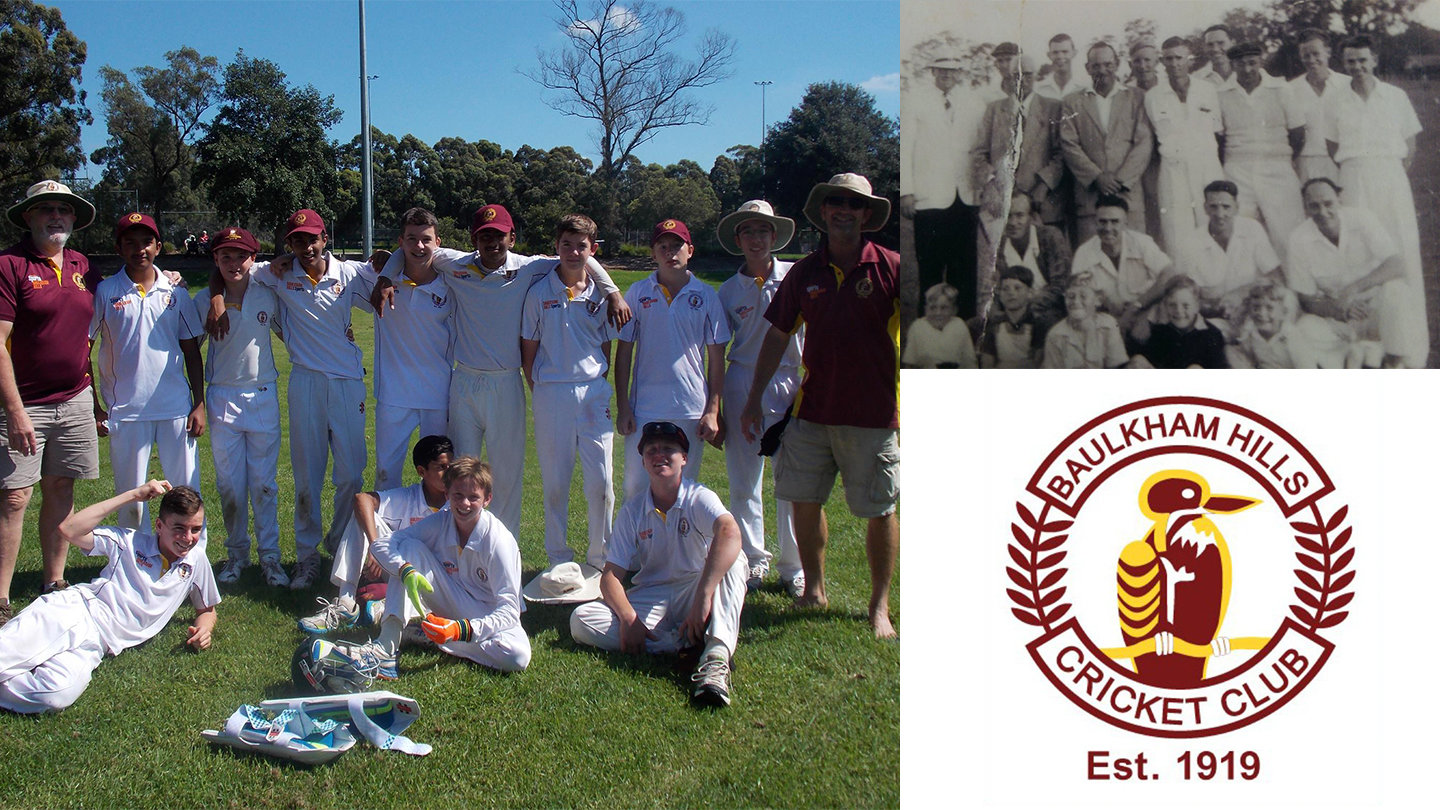 Baulko Cricket Club, as it is affectionately known by it’s members, has been ingrained in the Hills community for the past 100 years as a premier sporting club and social network for cricketers of all ages.

Early records show the club was involved in both social and competitive matches in 1898 and 1899 in the Parramatta area, and in 1911, it became known as the Baulkham Hills Pleasure and Pastimes Club. However, World War I forced the cancellation of competitive cricket and other activities, and the club closed its doors for a number of years.

In 1916, club members began making moves to reinstate the club, so they set about sourcing a home ground. The committee was granted permission by council to clear an area in Park Road Reserve where they could hold regular cricket matches. For 3 years, club members devoted their time to carving out the bush the create an oval, which would later be renamed Ted Horwood Reserve.

In 1918, the club resumed its operations but was registered under a different name - Baulkham Hills Cricket Club. In 1919, they held their first Seniors competition match at the new ground. At the time, a local newspaper reported that the batsmen had a distinct advantage over the fielding team, as there were steep inclines on either side of the wicket which they could glide the ball down.

By 1935, the club had grown into one of the largest clubs in the Parramatta District Cricket Association and if you fast forward to today, and you will see 200 registered juniors and 130 senior players donning the maroon and gold week in, week out.

The Baulko Cricket committee is currently planning a number of events to celebrate their 100th anniversary including a special centenary dinner at Castle Hill RSL on Friday 19 October 2018. All past and present members and their guests are invited to attend, there will be a guest speaker and plenty of memorabilia on display.

Organisers are also creating an historical book which will feature entries from life members and past players, milestone statistics from over the years, and much more.

Details of all events will be posted as they are finalised on the club website www.baulkocricket.com.au and on the Facebook page.

If you would like to be involved with the Baulkham Hills Cricket Club centenary celebration, please contact baulkocricket100@gmail.com